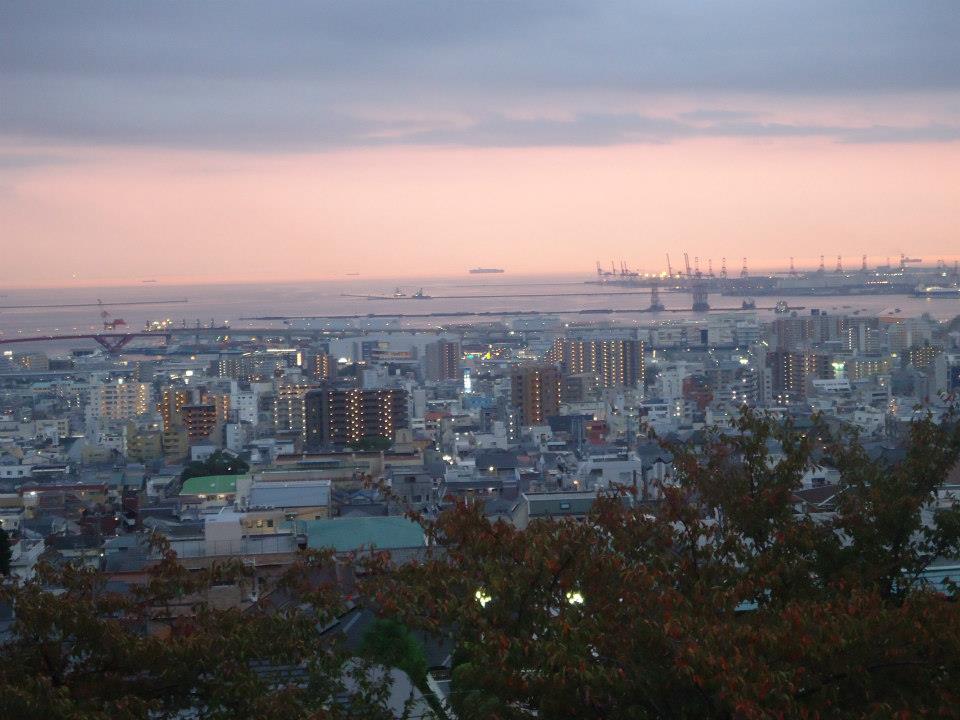 Kobe is underrated. It has been my home for a full year and I can safely say that it’s one of the most welcoming places I’ve been to in Japan. Historically more open to foreigners than most Japanese cities, Kobe has a little bit of everything: beaches, mountains, city vibes without being too big, green areas, museums, temples, picturesque corners and a beautiful university.

If you’re touring Japan, a couple of days in Kobe are probably enough to see the main attractions. Kobe, however, is the perfect place for digital nomads too, as it’s modern, livable and not nearly as expensive as Tokyo. Sannomiya is the heart of the city. The whole area is not that big, you can easily walk around the shopping areas in Sannomiya and Motomachi in a couple of hours. There’s not much to see, but you’ll find all sorts of stores and restaurants, cafes and game centers, souvenir shops and more.

Snack on Chinese treats in Chinatown

I’m not usually a big fan of Chinatowns, but Kobe’s one is really nice. It’s lively but not too chaotic, very colorful and full of food stands where you can try delicious Chinese treats. Fun day out in Harbor Land

Harbor Land is my favorite place in town (second only to the university area I lived in and loved so much). It’s especially romantic at night with all the lights on the harbor, but it’s fun for a day out with friends as well. Visit the Kobe Tower, stroll along the waterfront, walk around Meriken Park with its nice restaurants and cute shops (the Studio Ghibli shop is great and also the Snoopy store), buy a green tea ice-cream and take lots of scenic pictures. Ikuta jinja: for your daily intake of religious buildings

If you come from Kyoto, you’ve probably had enough of religious buildings already. Still, the Ikuta jinja is located downtown, so why not pay a short visit if you’re around? The ijinkan is Kobe’s historical European neighbourhood, where all the foreign merchants resided when the city was opened to foreign trade. Now the majority of the old mansions are opened to the public as museums: buy a combination ticket and explore as many houses as possible. If you only have time for one, I’d recommend the Uroko House for its peculiar architecture, paintings and nice view of the city. In 1995 Kobe was struck by a magnitude 7 earthquake that killed more than 6000 people and severely damaged the city. To commemorate the event and raise awareness, the city built a museum that documents very well what happened through documents, photos, videos and more. It even includes a dark simulation room that gives you a rough idea of the experience. For a scenic view of the city, head to the mountains. There are both hiking trails and a ropeway to go up and down, so you may want to try them both. Up there you’ll find a small farm, a rest house, a botanical garden and plenty of beautiful viewpoints. If you’d rather enjoy the beach, head to Suma beach. It’s not the best beach you’ll ever see, but it’s good enough for a relaxing afternoon.

Not far from Suma, there’s the Akashi bridge, the longest suspension bridge in the world. The bridge connects Kobe with Awajishima, a nice little island perfect for a day or half-day trip. If you have a conspicuous budget, try the world-famous Kobe beef. I’ve only tried it once and it’s definitely the most tender meat I’ve ever tasted, it almost melts in your mouth. Kobe beef restaurants are everywhere in town, so pick one and enjoy 🙂 How many of them have you tried? What’s your favorite? Let me know in the comments!
For more Japan goodness, take a look here.

The freelance lifestyle explained to my grandma (and yours too)

A complete guide to the Ruta Puuc